The Winter 2018-2019 IAM Journal will be hitting the doorsteps on IAM members by early November. Here’s a first look at one of several articles in this edition.

Being airlifted to the hospital was not the way Dave Ferry had intended to spend the evening of his 49th birthday. The IAM Local 1842 member had hoped to cheer his son Josh on to his first dirt track racing United E-Mod Series (UEMS) victory at McKean County Raceway in Smethport, PA.

Instead, medical personnel were calling for a helicopter to take him to the nearest trauma center when he lost vision in his left eye after being hit by a rock.

“I was watching the heat races before Josh’s race because there was a rut in the track and I was trying to see how the fast guys were navigating around it and maintaining speed,” said Dave. “I got hit in the eye with a rock off of someone’s tire, and instantly lost my sight.”

Before the helicopter could arrive, he ignored the EMT’s advice and headed to the pits to see his son.

“The paramedic wasn’t too happy about it, but I left the ambulance and went to talk to Josh and tell him what was going on,” said Ferry. “It was just the two of us, and we were three hours from home.”

Ferry didn’t realize family would step in to help.

A younger Dave Ferry enjoyed working on cars and loved racing them even more. He started his own business working on racing transmissions and selling racing parts.

“I took it pretty seriously,” said Ferry. “We raced three nights a week. I had hired drivers and we raced all over the country.”

“Business got slow and I knew that I couldn’t in good conscience continue to spend money on racing when I thought I would have to lay people off,” said Ferry. “It just wouldn’t be fair to them.”

In the end, he sold all his race cars and racing gear. With wife, Lori and two young children, Kassie and Josh, at home, Ferry wanted to spend more time with family.

He closed the business but says he slept comfortably at night knowing he exhausted all the resources he could before closing up shop.

The racing itch didn’t go away. His son, Josh, began racing remote control cars. Having a keen eye for racing, he quickly became competitive in the RC racing circuits. Josh convinced his dad to invest in go-carts to race on dirt tracks.

Successful at every level he raced, Josh convinced his parents to let him get behind the wheel of a full-size car at the age of 14. Just like that, the Ferry family name was back in regional racing circuits.

“We raced carts for about three years,” said Josh. “As I got older, this was eventually the next step. I didn’t care what class I got in, I just wanted to race something.”

The elder Ferry wanted to do something a little different with his racing team this time around. 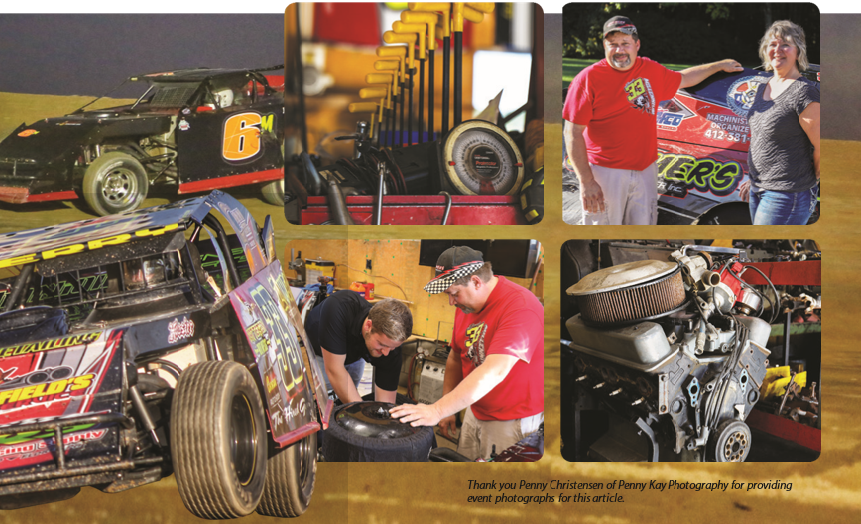 “While I was out of racing, I started to substitute teach at the local vocational tech school,” said Dave. “It really opened my eyes as to what few opportunities kids have to work on cars and get their hands dirty.”

Giving back to kids his son’s age was important to him.

“I felt drawn to helping them,” said Dave. “I had that opportunity when I was growing up, and I see these kids want that same opportunity. I really enjoy it. I’ve had more fun racing this time around than I did before.”

Dave came up with the idea for the Millennium Motorsports Youth Program. He would bring in kids to his shop located behind his house, mentor them and teach them the tools of the trade. He wanted to find kids who already showed an interest in working on cars.

Ferry took the idea to District 98 Directing Business Representative Bob Miller and presented him with an opportunity to help sponsor the car.

“Dave’s a great union brother. It’s great to be a part of something that helps him and also gives kids an opportunity to be part of something special,” said Miller. “Most kids interested in working on cars love racing. With Dave’s unique program they get to do both.

“Having the IAM logo and our phone number on the car gets us a lot of exposure with people who work in industries where we represent members,” said Miller. “It’s money well spent when it comes to organizing.” 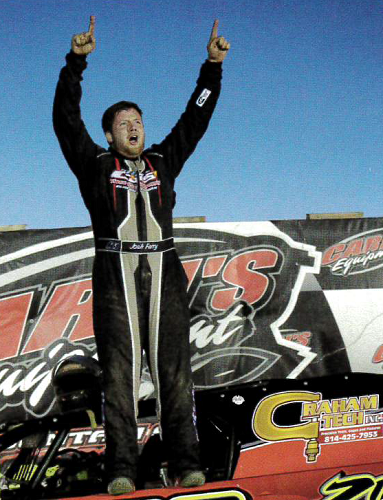 “They get a chance to get their hands in there and do a little bit of mechanical work, video work,” said Dave. “I mean racing involves so many different levels of expertise. A lot more than I am capable of.”

It didn’t take long for the formula, of father and son teamed up with a crew of kids, to find success.

“Our second season we upgraded our equipment with the car and came out of the box fast,” said Dave. “Won our first race just a few races into the season and went on to win a track championship. All with a 14-year-old driver and a crew that had an average age of probably 13 to 14 years old. Had a lot of fun doing it.

“The kids have been involved in the success we’ve had and they get credit for it,” said Dave. “They take a lot of pride in that, too.”

Many of the kids who have been part of the Millennium Motorsports team have moved on to work in machine shops and other automotive jobs, with a few going to technical college.

“I’m in the process of finding a new set of kids to bring on to the team,” said Dave. “I’ve reached out to the vocational school to find some interested students.”

Anyone interested in sponsoring the Millennium Motorsports car or helping with the youth development program can contact Dave Ferry at racerdave333@yahoo.com.

“We need all the sponsors we can get,” said Dave. “Just tires alone cost around $500 a set, with a set only lasting about two nights of racing.”

It’s not lost on Dave that his union contract provides him the financial security to enjoy his second life of racing with Josh as his driver.

“It helps to work in a union shop,” said Dave. “We have some good sponsors, but I still have to fund a lot of this out of my own pocket, I can do that because of our union contract.”

The program has found much success off and on the track.

“Since we have been doing this program with the kids, we have won 26 features at nine different tracks,” said Dave. “Three of the track wins were the first time we have ever raced there.”

This season has been Millennium Motorsports most successful year with Josh getting the Checkered Flag in six feature races. Of the 20 nights of racing, Josh had 16 finishes in the top-10 including 12 top-five and six wins.

Engine problems plagued the team the latter part of the racing season. Despite those troubles, Josh Kerry earned the title of the youngest ever UEMS Racing Series Points Champion.

Prior to the rock incident the night of Dave’s birthday, a man parked beside them saw the IAM logo on the car and struck up a conversation with Dave.

“He was an IAM member who worked at Dresser-Rand,” said Dave. “We talked a good bit about the IAM and he told me his shop was shutting down.”

Ferry sympathized with his fellow Machinists Union member, as his shop went through a large-scale downsizing recently.

“He told me he was pretty happy to have his union contract,” said Dave. “He got a good severance package and was able to get into his pension early. He would rather have stayed working, but was happy with the eventual outcome because of his contract.”

In true Machinists Union fashion, the IAM brother he had just met stepped up to the plate and spent his evening in the pits with Josh, helping him become the youngest driver to win a feature race in the UMES Racing Series.

“I wish I would have gotten his name, but I didn’t,” said Dave.

Thankfully for Dave, he has regained about 90 percent of his vision in his left eye since the incident.

Unfortunately, Dave wasn’t there to witness Josh get the win that night, but thanks to that IAM logo on the sail panel, there was a Machinists family member there to help.

The post Racing Toward a Bright Future appeared first on IAMAW .