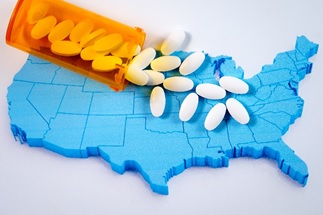 Using Naloxone to Reverse Opioid Overdose in the Workplace: Information for Employers and Workers[PDF – 807 KB]

Naloxone is a very effective drug for reversing opioid overdoses. Police officers, emergency medical services providers, and non-emergency professional responders carry the drug for that purpose. The Surgeon General of the United States is also urging others who may encounter people at risk for opioid overdose to have naloxone available and to learn how to use it to save lives [USSG 2018].

NIOSH developed this information to help employers and workers understand the risk of opioid overdose and help them decide if they should establish a workplace naloxone availability and use program.

Use the navigation menu to explore the entire document.

The post Using Naloxone to Reverse Opioid Overdose in the Workplace: Information for Employers and Workers appeared first on IAMAW .